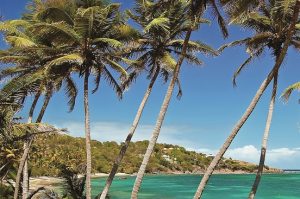 In a show of support and to help dispel the perception that everything is destroyed or closed, Windstar Cruises president John Delaney will be sailing on the cruise line’s first cruise departing from San Juan this season on Nov. 25.

“Although areas of the Caribbean are still rebuilding after the recent hurricanes, so much of the Caribbean is open and welcoming visitors to their wondrous islands,” Delaney said. “Travellers should not be concerned about beginning or ending a cruise in San Juan, where the cruise terminal has been operational for weeks, along with the airport. I’ll be personally making the trip, arriving the day before my cruise to enjoy time in Old San Juan, giving updates on my Twitter account, and sharing first-person stories on Windstar’s Facebook page.”

To encourage guests back to the tropics, Windstar is offering a special Caribbean Is Open Cruise Package with significant savings, a US$200 shipboard credit and free onboard Wi-Fi, with rates starting at US$1,499 per person.